This is a blog about Anna Sewell and some New York carriage drivers. Anna Sewell, author of the most famous book about horses and horse welfare ever written, never visited New York and so she did not meet any carriage drivers there; but nonetheless I believe that she knew them, and that’s what this story is about.

First of all, though, I need to take a 14,000 year detour which will eventually bring me back to New York. That is the increasingly accepted date for the earliest known domestication of animals, and the animal that was first domesticated was the reindeer. Prior to that, humans had of course hunted and eaten animals, and used their body parts as material for all sorts of things, but after this, the relationship between humans and animals changed; and humans were set on the path of new activities that would eventually lead to settlement, cities and civilisation. The nature of domestication, how it came about, is still a topic for discussion, and theories about it range from capture and control of animals by humans, to concepts of symbiotic shared “destinies” – and encompass all philosophical viewpoints in between.

Every step of the way along the human path, animals have accompanied us, a matter which was largely taken for granted for millennia. And then Anna Sewell wrote the most famous book on animal welfare that has ever been produced. “Black Beauty, his grooms and companions” has been in print continually since its first publication in 1877 and has sold millions of copies all over the world. In less than ten years after its publication, sales were heading towards the half million mark. It was written to educate people into a better understanding of the lives of working horses and their working people, and to alleviate the suffering that often accompanied their daily routines. 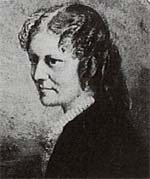 Anna Sewell, author of the most famous and widely read book on working horse welfare ever written.

The horse-drawn world of Anna Sewell

Anna Sewell lived in a horse-drawn world, and perhaps could not imagine any other. Trains had entered that world towards the middle of the 19th century, but the necessity for horses had not diminished; rather it had increased along with growing commerce and industrialisation. In fact, without the effort of tens of thousands of working horses, the great engineering feats of Telford, Stephenson, Brunel and their followers would never have happened. Horse drawn vehicles carried people to and from the new train stations, the Hansom cabs clipping along at a tremendous rate as they nipped in and out of the bulkier carts, wagons, and eventually, horse-drawn buses.

Horses were present in every aspect of life. At birth, they bore the doctor swiftly to the house. Wealthy brides were carried to their weddings in decorated carriages – and a few were taken at a gallop towards the Scottish border to their “anvil weddings” at Gretna Green. The solemnity of funerals was enhanced by the rhythmic clatter of black-plumed horses as they bore the coffin and the mourners through silent streets with the public standing still in respect as the cortege passed by. Horses ploughed the land and fertilised it for the grain that fed nations. Horses dragged timber, carried coal and carted bottles, barrels and sacks. Horses brought the meat, the milk and the bread. The horse-drawn carts of rag and bone men took away household rubbish and recycled it, long before the word “recycling” was in fashion.

In Anna Sewell’s book, a good horseman – or woman – can come from any level of society. Similarly, the bad horsemen, the idle, the uncaring, the harsh, the brutal – they are not confined to any one class. However, the best horsemen of all, arguably are the working men of her book, such as John Manly, the groom, and the outstanding example of a truly great horseman is to be found in Jerry Barker, the London cabman.

The cover of the first edition of Black Beauty in 1877. It has never been out of print since.

Here is Jerry, viewed through the eyes of his horse Black Beauty, renamed “Jack”: “Jerry took as much pains to see if the collar and bridle fitted comfortably as if he had been John Manly all over again. When the crupper was let out a hole or two, it all fitted well. There was no bearing rein or curb, nothing but a plain ring snaffle. What a blessing that was!” “I never knew a better man than my new master – kind and good, as strong for the right as John Manly, and so good-tempered and merry that very few people could pick a quarrel with him.” “It is always difficult to drive fast in the city in the middle of the day, when the streets are full of traffic, but we did what could be done; and when a good driver and a good horse, who understand each other, are of one mind, it is wonderful what they can do.”

Anna Sewell was an invalid. Injuries to both her ankles meant she could not walk properly for most of her life. She could, however, drive horses. Horses gave her the freedom that perhaps only a disabled person understands, to go out and explore a world that would otherwise have been closed to her. And in driving horses, in using them in her daily life, she came to understand them. This awareness only really comes to those who share their lives with them and experience how a telepathic bond develops. There is a huge amount of responsibility too, and that is what her book is all about – the responsibility of humans for working horses.

Sewell’s book had lessons for the working and middle classes alike. For the working class who were the ones who actually cared for horses and handled them every day, it had sound practical advice on care and management. This made it one of the most popular books read by literate ostlers, grooms, coachmen and the many others whose lives revolved around horses – and that was no insubstantial part of the population. Her book is full of examples of good practice, shared between working horsemen. To the middle classes, the book taught awareness of the working class and its skills, knowledge, strengths and the problems it faced every day.

“Anna Sewell’s work appeared at a very auspicious time in a climate of growing middle-class outrage at what was often perceived as lower-class cruelty. In fact, by the mid-century, working-class England had, according to some social historians, already begun to accept animals as pets and ‘fellow sufferers‘.” – “The annotated Black Beauty”, introduced and annotated by Ellen B. Wells and Anne Grimshaw.

It’s time to go to New York, where a battle is currently raging between some of the last working horsemen of the city, the carriage drivers of Central Park, and those who want them removed from the city streets entirely, ostensibly at least for reasons of safety, welfare and, perhaps surprisingly “morality”. I can’t help but wonder what Sewell would make of that. In her book, the best horsemen are sober, moral and working class. They don’t work on a Sunday and they don’t take on fares or work if they feel it is not right for them or their horse. Although they have to work for a living, and are proud of that, their god is not Mammon. Perhaps Sewell would have seen the irony in a situation where a politician lectures a working man (or horse) on matters of “immorality”. However, let’s not dwell on that. The fact is, that in the run-up to Christmas this year, the final decision has apparently been taken that the horse-drawn carriages will disappear from the city in a couple of years.

It’s become somewhat trite to use the phrase “What would [insert cultural and/or spiritual icon of choice here] do?” However, I’m asking myself just that question. What would Anna Sewell do? Where would she stand on this issue? For the carriage drivers and their horses – or for the bureaucrats and protestors who want them permanently removed? Anna Sewell was, above all, an educator. She wanted to educate the world about the conditions of working horses and she continues to do that, nearly 150 years after her death. At no point in her book will you read anything about the permanent removal of working horses, or that their non-existence would be an improvement to the world. Just the bettering of conditions for those that needed it. That’s all she ever wanted. Better understanding. The removal of ignorance. In fact, there are only two things that come in for serious criticism in her book: ignorance, and drink. Sewell believed that those two things were the cause of great poverty, cruelty and unhappiness. You can read articles by anti-carriage-horse protestors citing Sewell. I suspect they have never read her book, or they would realise that it in no way supports their cause.

This Christmas Eve, I will be raising a glass (possibly non-alcoholic in deference to her views on drink) to the memory of Anna Sewell and her wonderful creations, equine and human. And to all those who share their lives with horses, working and otherwise. I will do that after I’ve tended to my own two ponies and retired horse, because like Jerry Barker, John Manly, Beauty, Anna Sewell and those who have horses in their lives, I know that keeping horses is really about responsibility and commitment, not cruelty and exploitation. Merry Christmas!